It has been awhile since I’ve blogged about my re-read challenge.  I am still plugging away at Le Morte d’Arthur.  It is long and I’m taking my time.  I started out reading Le Morte d’Arthur in the version above.  I am finishing up in the version below.  I will finish this book as soon as I can and move on, but rather than have a re-read challenge, I’ll just blog about books I’m revisiting.

I finished The Silver Music Box by Mina Baites recently and will post a review as soon as possible.  This is a story of a family starting in the early 1900s (during the First World War) and ending in the 1960s.

I am currently reading Let Go by Sheila Walsh.  She released some very good records in the 1980s-early 1990s and she is a good writer.  The main point of the book is to trust God and look to God for your self-image, not other people or your circumstances.  I will do a longer review later.

For my re-read challenge, which I last blogged about HERE  I finished the holiday stories by Washington Irving and Charles Dickens, and read The Nutcracker.  I am still plugging away at the King Arthur collection, specifically Le Morte d’ Arthur.  It is long.  I will finish this collection as soon as I can.

I think next on my re-read challenge will be Peter Pan.

And Alice In Wonderland and then I’ll go on from there. 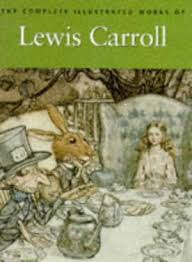 I like Phyllis Whitney’s books.  I had read Silversword before but thought a revisit was worthwhile.  The setting is wonderful.  I have been to Hawaii and it’s beautiful.  The history included in the story is interesting, and the plot concerning the young woman, Caroline Kirby, going back to her childhood home to get some answers is engaging.

I love Amanda Stevens’ books; her romance/mysteries are well-written.  I have read Nighttime Guardian before too, but decided to read it again.  The setting, near a river in Arkansas, is intriguing.  The storyline involving Shelby Westmoreland, who is dealing with past trauma, an ailing grandmother and the death of a loved one is engaging.  I went through Arkansas on a family trip a number of years ago, and I don’t remember exactly what part, but think it wasn’t very far from the Tennessee border, so it may have been the same general area as the book setting.  I love this part of the country and would like to visit it again one day.

This is an excellent book.  It concerns the life of a family in the Eastern U.S. during the 50s and 60s, and what life was like for poor families in the suburbs.  The main character, Shawn Daniels, deals with challenges because of a dysfunctional family (largely because of the father, Eddy’s, alcoholism, but there are other issues too, including their poverty).  The theme is rather grim, but the story does have underlying hope as Shawn strives to better his circumstances.

I’m reading Le Morte d’ Arthur by Thomas Malory now.  It is long, so I’ll do my best to finish it and the other two stories in this book by the end of the year.  That’s part of the fun, I can go at my own pace and modify as I want to.

I thought it would be fun to re-read some holiday classics since it is holiday time.  I read The Legend of Sleepy Hollow and Rip Van Winkle; both are good for Halloween.  The stories aren’t very long, so it didn’t take me that long to read them.

I’m going to re-read A Christmas Carol and The Cricket on the Hearth for the Christmas season.  These stories aren’t very long either, so I should be able to finish them before the end of the year.

I am going to do my best to re-read The Nutcracker by the end of the year also.  This is one of my favorite stories, and I try to either go to a local play or at least watch it on DVD every year.

I am still reading about King Arthur, which I last blogged about HERE

This collection published by Maplewood Books consists of six versions of the King Arthur legend by various writers.  It includes:  Le Morte d’ Arthur by Sir Thomas Malory.  This is the definitive version, but also one of the most challenging because of the older English writing style.  Idylls of the King by Alfred, Lord Tennyson is a retelling of King Arthur in poetic form. King Arthur and His Knights by Maude Radford Warren is a family-friendly version of King Arthur.  King Arthur and the Knights of the Round Table by Sir James Knowles is a simpler version for general readers. Sir Gawain and the Green Knight is a poem about how Sir Gawain, one of King Athur’s knights, accepts a challenge from the mysterious Green Knight.  The original poem is from the late 14th Century, but there are more modern versions by J.R.R. Tolkien and Simon Armitage.  The last story is A Connecticut in King Arthur’s Court by Mark Twain, and is about what happens when a young man from the 19th Century is knocked out and wakes up to find himself in King Athur’s court.

The King Arthur Collection provides some historical background about the King Arthur legend and a list of plays, movies and television shows. So far I have finished the stories by Knowles and am nearly finished with Warren’s stories.  I will read the others as I am able.

I actually like this King Arthur story a lot.

I like different takes on the Peter Pan story.  I’m reading The Pan:  Experiencing Neverland by Matthew Hawk Eldridge.  The basic concept is the same; Peter is a boy who refuses to grow up.  However, this Peter is an orphan who runs away from his abusive uncle in England and ends up in Tortuga where he meets Wendy and the lost boys, and of course ends up battling Captain Hook.  This version of Peter Pan is imaginative and engaging.

I Heard That Song Before by Mary Higgins Clark is a pretty good book, but the plot is similar in some ways to the last book by Mary Higgins Clark that I reviewed Here.  I won’t do a long review, but the story centers around the disappearance of a young college student.  The events leading up to the guilty individual being exposed are interesting, and the villain isn’t who I expected. 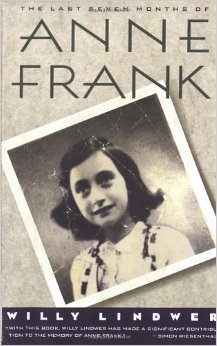 The Last Seven Months of Anne Frank is a  heartbreaking, but informative and moving memoir of the events after the arrest of the people in the Secret Annex.  I’ve read Anne’s diary a number of times, but the diary ends right before the arrest of Anne, her family and the other people with them in hiding.  There is no more from Anne’s point of view after her diary ends.  This book gives perspective of what happened to the Frank family between the time they were arrested and the liberation.  This book consists of interviews with people who had contact with the Frank family at the concentration camps they were sent to after their arrest, and gives first-hand accounts of what went on in the concentration camps.

I read King Arthur and the Knights of the Round Table by Sir James Knowles as part of my re-read challenge I last blogged about Here.  These stories are part of the book The King Arthur Collection published by Maplewood Books.  This collection has six stories by different authors.  There are quite a few stories about King Arthur, so it is good to have different stories in one book. Knowles’ stories were originally published  in 1919, a little later than the other King Arthur stories, but are still wonderful.

I finished (nearly) ten books for my re-read challenge for 2015.  I didn’t quite finish Gulliver’s Travels before the end of the year.  Admittedly the books in the Chronicles of Narnia series aren’t long,  but it’s still not bad considering these weren’t the only books I read.  This has been fun.

I believe next on my list will be the King Arthur stories.

I am almost finished with Robin Hood after taking a break from the re-read challenge for a bit. 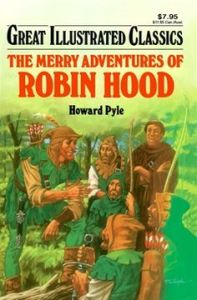 I’m going to do my best to finish Gulliver’s Travels and Robinson Crusoe by the end of the year, but I’m not going to stress about it.  Part of the fun of doing this is going at my own pace. 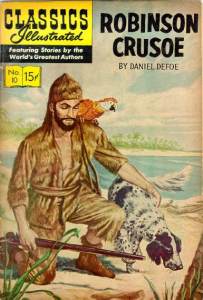 I read Rainsong by Phyllis Whitney and Where Are You Now? by Mary Higgins Clark not long ago; I’ll get reviews posted for those books soon.

I’m done with The Last Battle, so I’ve finished with The Chronicles of Narnia.

I never get tired of The Chronicles of Narnia and the adventures of the Pevensie children and other characters.

Next on my list is Robin Hood, but I am going to take a break and read a couple of other books I’ve been wanting to read. That’s part of the fun, I can go at my own pace and take breaks if I need to.

I finished the Silver Chair, which I was reading when I made last month’s post, and I have read The Horse and His Boy.  I am about at the halfway point with The Magician’s Nephew.

The Last Battle, and I will be done with the Chronicles of Narnia.

After that, I plan to read Robin Hood

Gulliver’s Travels.  I am having fun with this.  It will be interesting to see what I have read at the end of the year.  I do have a long list of books I want to re-read.

I am finished with Prince Caspian, which I had started when I last updated.

I read The Voyage of the Dawn Treader.

I am nearly finished with The Silver Chair.

The Horse and His Boy is next.

This has been fun, and I am going to continue getting through as much of my re-read list as I am able to.